For information about this seminar series ....  scroll down and click below "read more" ...
Details for registration, location, facilitators etc....

Edited element of a talk given in Massachusetts USA - reflections on the life and work of JG Bennett in the presence of former students of the original courses at Sherborne House. 1971 -1974

Facilitators for the Seminar Series …

Ben Bennett - born 1952 in London, was the first applicant for his father’s ( John G. Bennett) International Academy for Continuous Education, and attended the First Basic Course at Sherborne House in 1971-2. Later earning a degree in Fine Arts at Hornsey Art School, Ben worked as a photographer for ten years, and subsequently ran a health foods store in North London. In 1996, Ben qualified as a Psychosynthesis Counselor and worked as a member of a community mental health team in East London. He began some years ago researching his father’s life story for a biographical film. Ben has convened several seminars and conferences subsequently. Ben maintains the John G. Bennett archival material and publishing operations. In 2000, Ben who has two daughters a son, and two grandchildren, moved to Massachusetts where he works as a general contractor and lives with his wife Cindy, her daughter Ally.

Cindy Bennett - worked variously as a ski instructor, logging crewman, chef and trainer of show-horses, before moving to Claymont where she became an active participant in the American Society for Continuous Education. Cindy became deeply interested in the Principle of Reciprocal Maintenance and was trained in the use of Systematics and the Enneagram by John Bennett’s student, Saul Kuchinsky. After an educational absence, Cindy returned to Claymont as farmer/horticulturist. After living for some years in Europe, Cindy eventually settled in Massachusetts where she met her husband Ben Bennett. She most recently worked in Information Technology and project management. Cindy now works full-time for the J.G. Bennett Foundation as a production manager, webmaster, conference coordinator and travel operations manager. (you name it she does it!)

John and Lori Hillman studied with J.G. Bennett at the International Academy for Continuous Education at Sherborne House in the Cotswolds on the third intensive residential course from 1973 - 1974.

John Hillman, Permaculture Designer, Organic Gardener During the third course J.G. Bennett launched his publication, Gurdjieff Making a New World. This was read to us by Mr. Bennett and we actively studied it in various groups and put it into practice. John was struck by the key to the Law of Reciprocal Maintenance which Gurdjieff called the Symbol of All Life and said that it stood alone and could not be connected to what he had taught previously. John is a keen organic gardener who presents, hands on permaculture as very much part of Reciprocal Maintenance. John has been a Permaculture designer since 1999, having studied at Capel Manor Horticultural College in North London. In the 1970’s he was mentored in organic gardening by Lady Rosemary Verey, English garden designer, writer, lecturer, and garden designer of the famous Barnsley House near Cirencester in the Cotswolds.

Lori Hillman LicAc BSc (Hons) MBAcC - Lori’s training in the fourth way work laid the foundation for her training in oriental medicine and underpins her integrity as an acupuncturist and practitioner of Chinese and Taoist Five Element medicine. She has been in clinical practice since 1999.

“If we accept the holistic approach to body-mind-spirit, then our spiritual development is interdependent to our health. It is of no use pouring pure sweet water into an unclean vessel, the water will be contaminated.”

Lori presents Five Elements within Reciprocal Maintenance as presented in J.G. Bennett’s book, Gurdjieff Making a New World, to deepen our understanding that the health of humankind and planet are one and the same and that if we [humans] are blocked and dis-eased, this causes a disconnect from planetary intelligence. 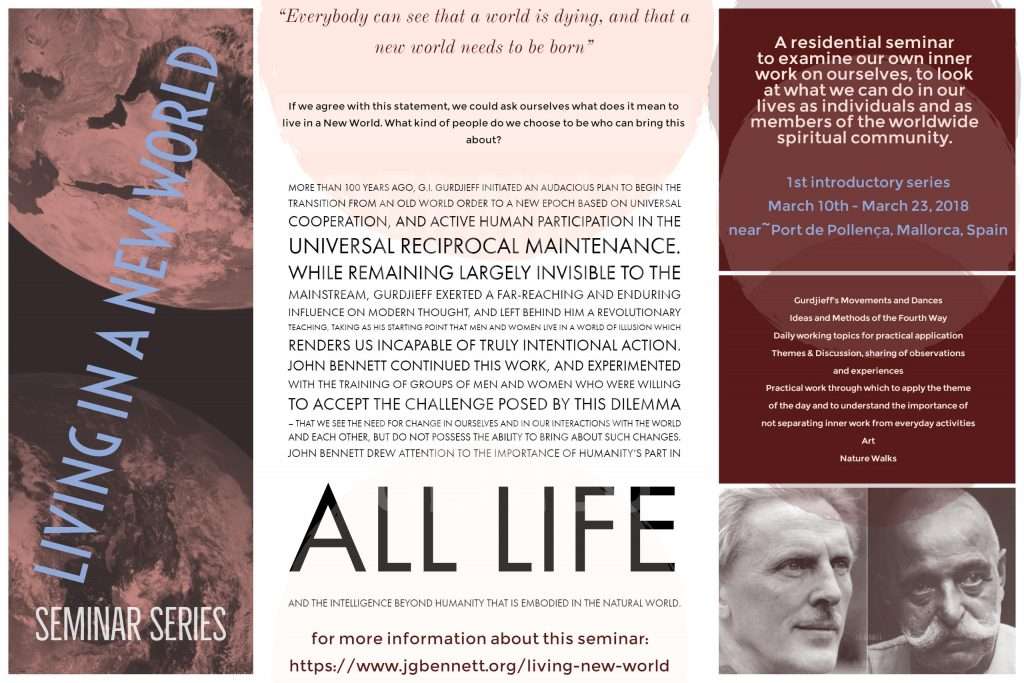 Quote from the Dramatic Universe Vol I 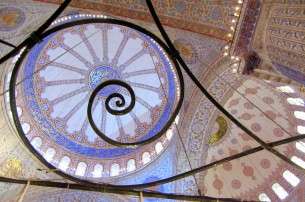 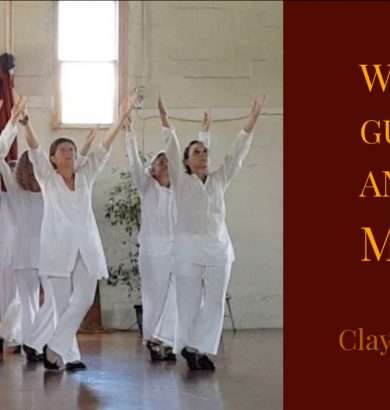 Working with the Gurdjieff Movements and the Enneagram 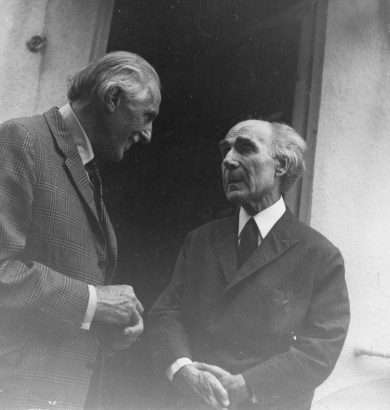 where you have been The J.G. Bennett Foundation > Articles, Events, Seminars, News, Archived Posts, etc. > Events > Living in a New World Seminar series 2018