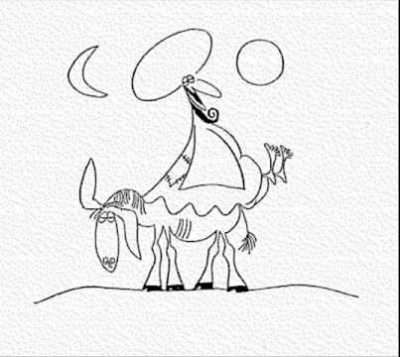 Why does he refer so often to the Mulla? Why does he refer to him as “our dear teacher, the wisest of the wise?” Nowhere in All & Everything does he tell any of the familiar stories of the Mulla. There is a single reference in the chapter Russia to a direct and personal meeting between Beelzebub and the Mulla, and this describes a situation and person which more nearly resembles Gurdjieff’s own father than the traditional images of the Mulla. I had long pondered the meaning of the stories and tried to see the meaning behind them. Idries Shah remarks that the donkey is often a feature of the stories – never in Gurdjieff’s accounts. But if we look at the relationship of the Mulla to his donkey we see that the donkey could be taken as a symbol of ignorance, of humanity in its ordinary, lazy, stubborn, selfish condition. In this particular story, the Mulla is shown first of all reaching a position of eminence – as represented by the tree. As a result of his own negligence and heedlessness, he brings about his own downfall – or we could take it to be an act of courage to cut himself off from the trunk, the mainstream. Either way, he suffers a humiliation, which he further embraces by putting himself at the mercy of his friend. From then on the Mulla becomes a symbol of higher intelligence. He guides the donkey, but when the donkey manifests three times from egoism – motivated by sex, greed and the desire for personal comfort – he withdraws and appears to be dead. This is one of many stories in which the Mulla appears to be dead but in fact is not. In this instance, he manifests at the point where his fellow humans reach a turning point, and he guides them to choose which of two ways they can take to meet the final resting place of all people.
If we take the Mulla as a symbol of higher intelligence, and not the dunce he is portrayed as in such stories, what is his value to us, what can we learn from him – and why does Gurdjieff bring him to our attention over and over again, in fact so often that in the first twenty-five conferences of wise beings to discuss “All and Everything” he was never mentioned? What do we ordinarily consider to be higher intelligence? In the 18th chapter of the Koran, we find a description of Moses approaching Al-Khidr, and asking to be his companion. Khidr accepts on condition that Moses never asks for an explanation of his actions. Then Khidr behaves in such a bizarre way, even in one instance killing a young boy, that Moses cannot restrain himself, and three times breaks the condition and remonstrates with Khidr. After the third time, Khidr withdraws himself, but before doing so, reveals to Moses that he had very good reasons for his seemingly insane acts, and that these reasons were based upon an ability to foresee the future and to take pre-emptive action. This is one possible way of seeing higher intelligence at work in the world, but by definition one in which humans can have no direct input. Then there is the image of higher powers as for instance the pure feminine spirit as represented by the Virgin Mary or Mother Meera, giving love freely to those in need of it, and manifesting occasionally in the world as a symbol of unselfish, non-judgmental goodness. (I recently met a man who unexpectedly told me that a major turning point in his life came when he saw Mother Teresa in person.) But the Mulla as higher intelligence is different from either of these. The Mulla hides in plain sight. He is associated with the donkey because he is closely connected with and a part of humanity. He is our own inner guide when we need him to be. He is not a “holy man” although his name means “he who helps religion”. The word “din” is translated as religion in the very broadest sense, including spirituality and all the “varieties of religious experience.”

The message for me from Gurdjieff’s constant references to Mulla Nassr Eddin is that there is a hidden factor in our lives and more specifically in our work. I am a great believer in the technique of opening any book at random when seeking the answer to a question. When I was pondering these questions some months ago, I opened “Gurdjieff: Making a New World” and my eyes fell upon some words on page 119: Describing the meetings recorded by Ouspensky from the Moscow period, he says: “The idea which is so important in Christian doctrine of enabling Grace, without which work on oneself is impossible, was never mentioned. Nor was the Sufi notion of Baraka which refers to the same supernatural action that must be transmitted from person to person.” The story of the Dover’s Powders is a case in point. What is represented by the special ingredient Opium, which is present in the true formulation but not the new one? Or the “soft and slippery “something”’ described in the incomprehensible paragraph on P. 31-2 of Beelzebub. He points out to us the magic ingredient in our experience which transforms the mundane into the ineffable – but does not clarify what this is. Bottom line? I think Gurdjieff is guiding us with his stories to a kind of understanding that only comes through work, and that this is of much greater value than any communicated teaching. OK – that’s about it, sorry for rambling. 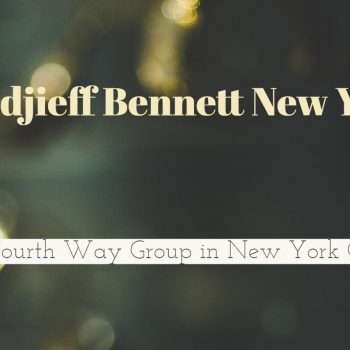 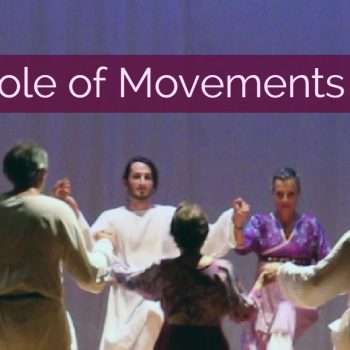 What is the role of the Movements in the Work? 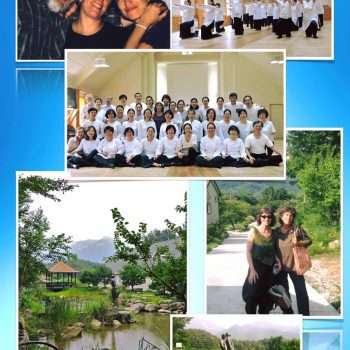 where you have been The J.G. Bennett Foundation > Articles, Events, Seminars, News, Archived Posts, etc. > Articles(by others) > MULLA NASSR EDDIN – In Beelzebub’s Tales to His Grandson, Ben Bennett