The picture of JGB with his hand under his chin always makes me smile, as I remember where and when it was taken. Hodder & Stoughton the publishers wanted a dust jacket portrait for Vol. 3 of Dramatic Universe, but we were in North Wales for the summer in 1965, so JGB went to a High Street photography shop in Pwllheli. I think the result is a very honest picture, as the photographer knew nothing at all about his subject and just made a straight studio portrait.

Today is the 120th anniversary of JGBs birth. I remembered recently that he was very struck by seeing the Stanley Kubrick film “2001 A Space Odyssey” in 1968, and said how closely he agreed with its conclusions. One of the themes of DU4 is the evidence for intelligence other than human, and indications of intervention. The movie draws the parallel between two possible such interventions, the first being to endow prehistoric man with the power of creativity, as JGB suggests took place some 37,000 years ago, and the second being the present time. The film suggests that a modern “intervention” will endow humanity with new powers, but is somewhat unclear about what form these might take. JGB is much more specific in “The Dramatic Universe” and in his Systematics article, “Evidence for Intelligence Other than Human” which I quote here:

“In the future, the communication with the higher Intelligences will have to be shared by greater numbers of people. Before this can happen, man will have to abandon the false view that has grown up in the last Epoch that he is or ever can be self-sufficient. The attitude to the higher Intelligence should not be one of either indifference or revolt or submission; but of understanding and co-operation. This is why I have referred to the age we have now entered as the Synergic Epoch to draw attention to the all-important requirement that men should learn to work together not only among themselves but with the higher intelligence that is guiding our destiny. The synergy or co-operation must take four distinct forms:

1. Co-operation with the Demiurgic Intelligences. This requires the ability to recognize their communications and distinguish them from those emanating from our own imagination or possibly from unseen powers hostile to man. It also requires patience and persistence to work over long periods of time for aims to be realized in the distant future.

2. Co-operation between different levels within humanity. Our thesis pre-supposes the development of a small proportion of people to higher levels of consciousness and power. For a long time to come there will have to be special channels of communication between ordinary men and the Higher Intelligence. In Vol. III of The Dramatic Universe (chapter 41), I have put forward a scheme for an ideal human society composed of three main groups, each divided into four sub-groups.

Psychoteleios group - Men who can communicate directly with the higher intelligence and can exercise higher powers, sub-groups:

Psychokinetic group - Men who are in the process of transformation and in whom supra-normal powers are being developed.

The co-operation of the second kind is mainly concerned with the exchanges required between the twelve subgroups.

3. Interregional Synergy. If the earth has the characteristics of an organism in course of development, each region of the earth's surface, the land, and oceans and also the atmosphere and the interior has a definite contribution to make to its evolution. Man, as the seat of biospheric intelligence should recognize the characteristics of each region and the forms of life that occupy them and so organize the human society as to enable each part to make its optimum contribution. In its simplest expression, this means that each region should produce the most appropriate products and adopt the most effectual form of social organization. There can be no single universal pattern of society applicable equally to the circumpolar, the temperate and the tropical zones, to plains and mountains, to regions of high mineralization and those of high fertility. New concepts of co-operation must develop if the growing needs of the Biosphere are to be met.

4. Biospheric Responsibility. This requires the hardest change of all in man's attitude to life. At the present time, we still hold to the Megalanthropic concept: "the Earth is for man to do as he pleases and all life is for his use." To abandon this in favour of the doctrine that man is the ruler and servant of all life and that he is obliged to sacrifice his immediate well-being to enable the evolution of the entire Biosphere to go forward harmoniously, is for most people of our time an unthinkable absurdity. And yet the time must come when this will be universally recognized.

In postulating these four types of synergic action, I have put aside any question of co-operation with non-terrestrial intelligences. There has been much speculation about "life on other planets" and even in "outer space", and the possibility that highly evolved beings may exist on our own or other solar systems. It seems to me that we should start by weighing the evidence for non-human Intelligences associated with the evolution of our own planet. In this essay, I have done little more than suggest ways in which this evidence may be marshalled and assessed. In The Dramatic Universe, I have gone into greater detail; but such studies are still in their infancy.

One thing alone is certain and that is that we are entering a period when we must co-operate or perish. It is almost equally evident that man, as he is today, is incapable of true synergic action in any of the four fields enumerated. We cannot agree even upon such obvious necessities as the sacrifice of personal and national pride and self-interest in order to end war. It seems to follow that we are still in the Age of Tutelage needing help and guidance from the Demiurgic Powers. In the last chapter of The Dramatic Universe, I have given my reasons for believing that we are now in presence of the intervention of a very high Intelligence that will lead man into the new Epoch along paths that he can neither see nor choose for himself. If this conclusion is valid, the future is illuminated with a wonderful hope: but this is not to be interpreted as the promise of a material Utopia or a human society responsible to man alone. Our hope for the future consists in learning how to cooperate with the Higher Intelligence making the fullest use of the powers that we now possess; and other powers that we may be destined to develop.”

What is the role of the Movements in the Work? 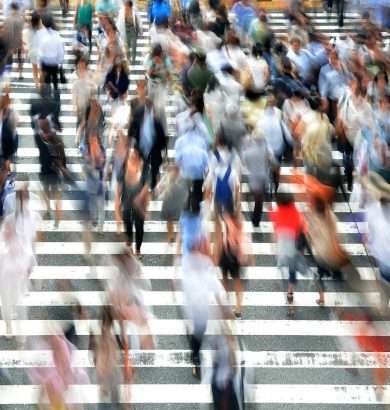 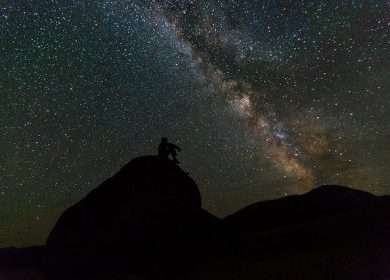 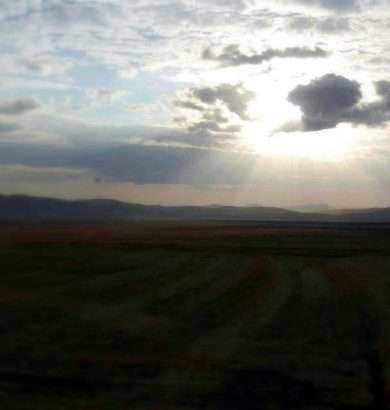